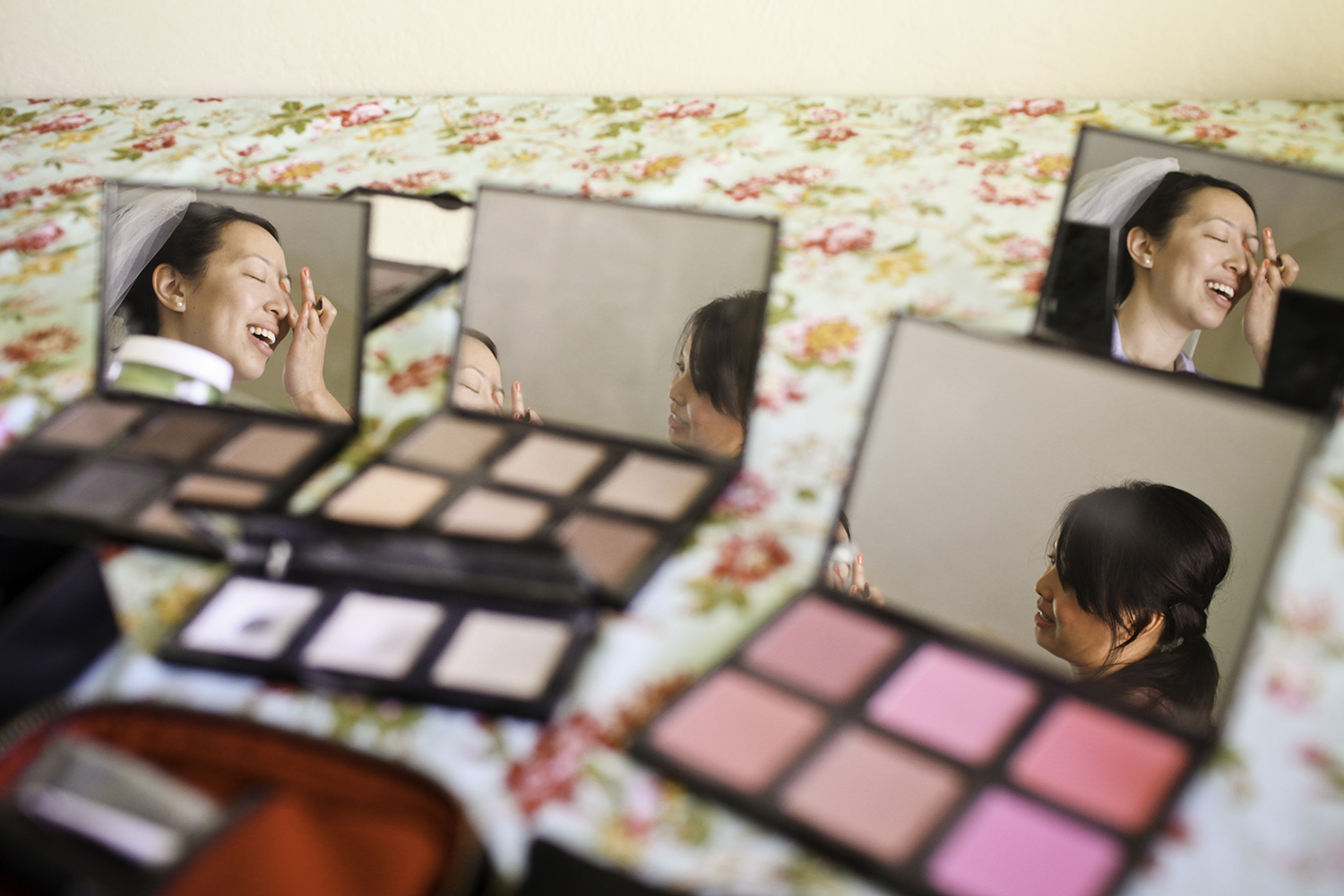 The other week I posted on my Facebook Page, an excerpt from a thank you letter from one of my brides.  I said I would post the entire letter, so here it is.  It is a bit lengthy since she had a lot to say and although it is a bit long and for me a bit self serving to post; I think it is a good read for brides, or to be brides, or someone looking for a photographer for their wedding.  This is due to the fact that she really talks about a lot of the emotions and considerations that she went through in ultimately making her decisions.  I feel quite honored to have been chosen to record her special event, since if you read the letter I had some big factors working against me in the start.  I would love to hear comments on what struggles or concerns you all feel are difficult in selecting a photographer.  So here is the letter it will let you see things from her perspective.  Oh and yes I got permission from her to share it.

Thank you so much for all of our amazing images. As you probably already know, T and I are both thrilled with our photos and can’t wait to see more from our latest shoot. It’s so funny how things work out…I have to say that the road to finding you to shoot our wedding was definitely filled with twists, turns and even disappointments. Here’s some of the back story…

A few years ago, when all my girlfriends were getting married, I started following a certain wedding photographer that was mentioned in a photography blog. i was captivated by her work and her story. so much so that I dug into the archives of her blog and followed her photos from when she first started until 2007. I followed this blog religiously through the years, thinking that i had found my wedding photographer, though I had yet to find my groom! her blog was just so funny and personal, and her images were so beautiful. she had such a gift for capturing candid photos and people’s emotions. I honestly looked forward to all her updates.

Through the years though, I became a bit more uneasy as the weddings she shot appeared more and more glamorous and upscale, and the engagement rings started looking like crystal doorknobs. she was doing more workshops and speaking engagements as well. sure enough, by the time T and I got engaged in November 2011, i was really disappointed to find that her wedding packages were far beyond our budget. her starting package only had 8 hours of coverage and no album. her top package was over $10,000. and that’s not including travel costs we’d have to cover. besides being expensive, photography-loving-T was not impressed.

Hence began our search for another wedding photographer. perhaps i am too easily satisfied or too emotional. T joked that the first criterion would be that the photographer used a Nikon. (you know how much of a diehard Nikon fan he is!) that certainly narrowed down the pool. but I did find a small handful. that didn’t last long: he pointed out how one photographer was lazy since people always were gazing up or down (the photographer wasn’t getting down to their level), though “the color is fantastic.” another photographer’s portfolio only had wide angle shots, one had washed out lighting, another was just plain boring. that opened the door to looking at Canon users again, thankfully. Then, as I was catching up with Joey one day, i happened to ask if he and Christine liked their wedding photos. His response was that he loved them, though he and Christine have had “photo envy” now that the same photographer had since shot other friend’s weddings. But he assured me that was a good thing, since they’ve seen how much their photographer had developed in the 3 years since shooting their wedding. and as you well know, that photographer is you.

When T and I looked up your website, we were pretty impressed with what we saw (we also got a slight chuckle that someone out there still uses xanga ;)). At least there weren’t all these red flags that had come up with other photographers we had seen and talked with. I remember the first time we met up late one December evening, after my work holiday party. T and I were almost 30 minutes late due to a little fainting spell I had, but there you were, patiently waiting outside of Fenton’s ice creamery with your portfolio and I-pad. I remember vaguely all the technical questions that T asked you (though they meant nothing to me) and you responded in what apparently was a satisfactory manner. I just oohed and ahhed over the images and tried not to drip ice cream on them. We were also pleasantly surprised that your packages were within our price range, and that we could afford to add some extras: like having you take candids at our rehearsal dinner/tea ceremony, and increase our wedding day coverage. You were so flexible and willing to work with us to get us what we wanted. I also appreciated how candid you were with us. I’ll never forget how you told us that there were probably other photographers that could get us images we’d like, so that “if you don’t like me as a person, you shouldn’t hire me. after all, you’ll see me more than you’ll see each other on your wedding day.” at the end of the night, we both agreed that we’d found our wedding photographer–you had an amazing portfolio with a wide variety of shots and angles, we could laugh with you, and it was evident that you loved your work and took it seriously. We even overlooked the fact that you use a Canon…and I’m sure you know by now what a big deal that is for T! 😉

Fast forward through the last 6 months and our 3 photo shoots. People still talk about our engagement photos. I remember being worried that our UC Berkeley engagement pictures would be “boring,” since so many people shoot there. T and I decided to go with it anyways since UCB is our alma mater and means a lot to us as a couple anyhow. Well, those shots were unlike any other I’ve seen. Friends who have gone toBerkeleydon’t even recognize the destination of most those shots. Except for maybe the campanile…but even that one is unique! (i guess we can partially thank the cloudy sky). and who knew that a little abandoned pier and warehouse in pointRichmondwould serve as such an amazing and dramatic backdrop for the remainder of our photos?! i still can’t believe you were lying on your stomach on that cold hard ground to get us our epic “rapture” shot. 😉

Thanks for toughing out our wedding with us too! i know…it was crazy. 300 guests and 30+ tables to toast really stinks. but you were a trooper and the parents are very happy that they have group photos with their friends. and we love our goofy bridal party photos too! They’re so spontaneous. I love the panicked look on many of their faces when you told us that you would count to 5 between each picture and we were to run around and pose because you were just going to shoot regardless of what we were doing. That turned out amazingly better than I thought it would!! who knew our friends were as silly as we are 😉 glad you also were willing to pull over and capture the breaking of the clouds at the Berkeley marina right before our reception…it probably made the rest of your evening a bit harried as you had to set up flashes in our ballroom…but we love those photos on the rocks!

I am so so so grateful we did a trash the dress shoot. i know your concern is taking photos, and obviously, that’s easier if T and were to see each other before the wedding and knock out some couple shots and bridal party shots so there’s less time pressure. thank you for respecting the fact that I didn’t want to see T until the ceremony. I really wanted to share that emotional moment with all our family and friends. and thank you for all the photos you got of T’s face as he watched me walking down the aisle! I’m totally making a flip book to document the gambit of emotions he went through!

Anyhow, it was GREAT having an extra session to just hang out, be silly, take our time and let you be creative. It was also fun to try a new look and get all glammed up again and get another wear out of my dress! There’s no way we could have had the time to get all those images our on our wedding day. I think you also proved your point that you can really shoot anywhere! =) we had a great time pretending to be models =) and it was great being able to pose for pictures without the pressure of knowing 300 guests are waiting for you!

Wow…this is getting long. Anyhow, just wanted to tell you THANK YOU!!! and to tell you that we love all our images from you. and come to think of it, I haven’t followed that rockstar wedding photographer’s blog since our engagement shoot. in the 4 years i read her blog, I never saw pictures like the ones we got from walking around our alma mater and in our neighborhood.

Looks like I now have a different wedding photographer to follow. =) the only downside? the “photo envy” moments =). but I think I mentioned it to you before, that it was during one of those moments, when I was gawking at another couple’s engagement photos that I realized we had found an amazing photographer: when you can be 100% happy with your photos, see another image that he has created for another couple and love it just as much as you love yours. =)

Can’t wait for our next shoot when the next stage in life comes up!!! 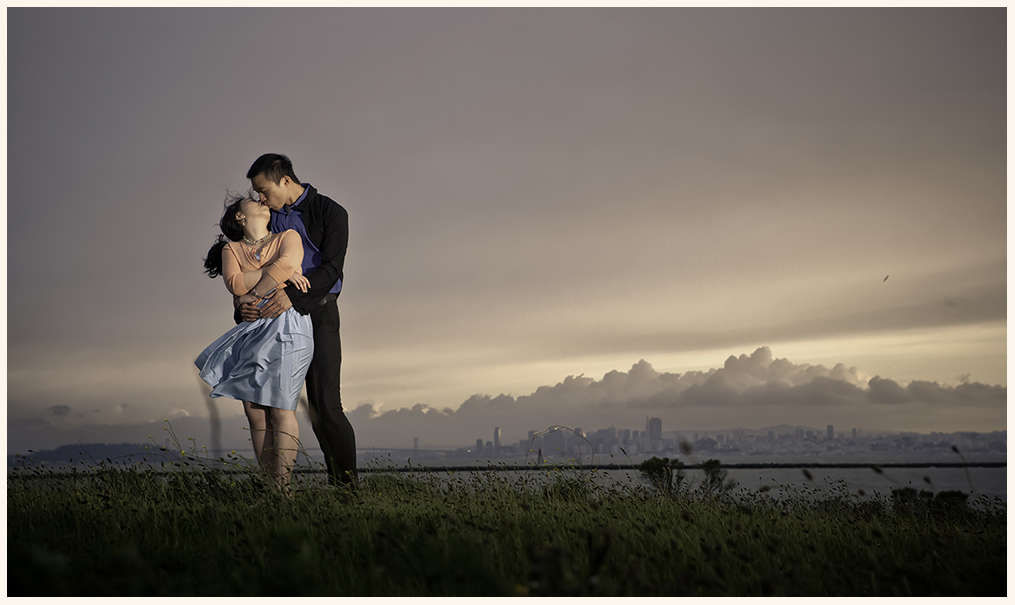 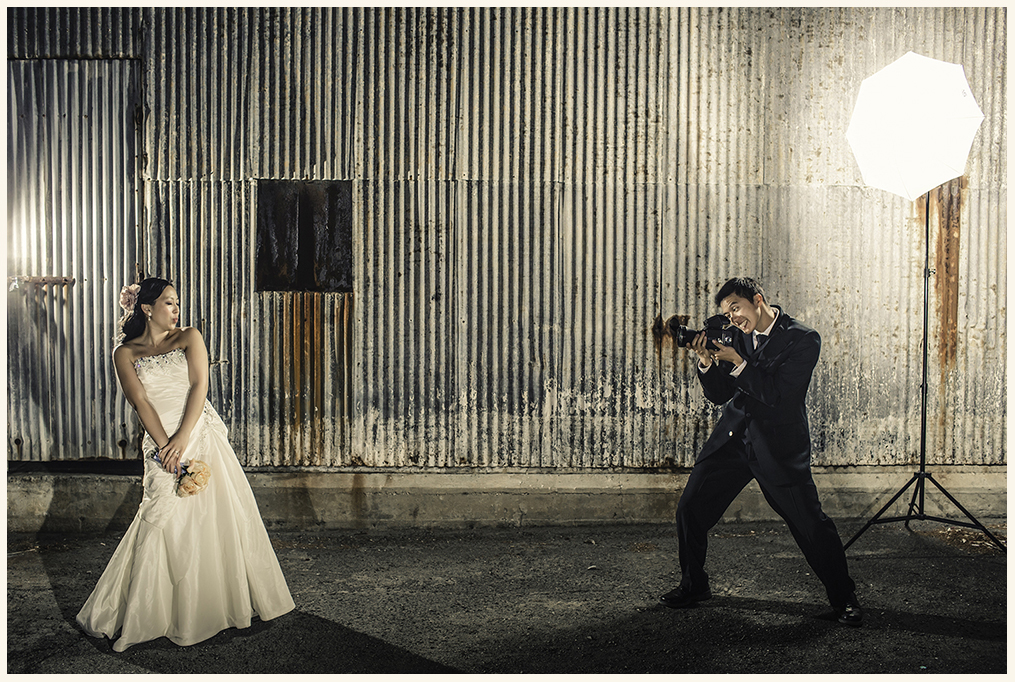