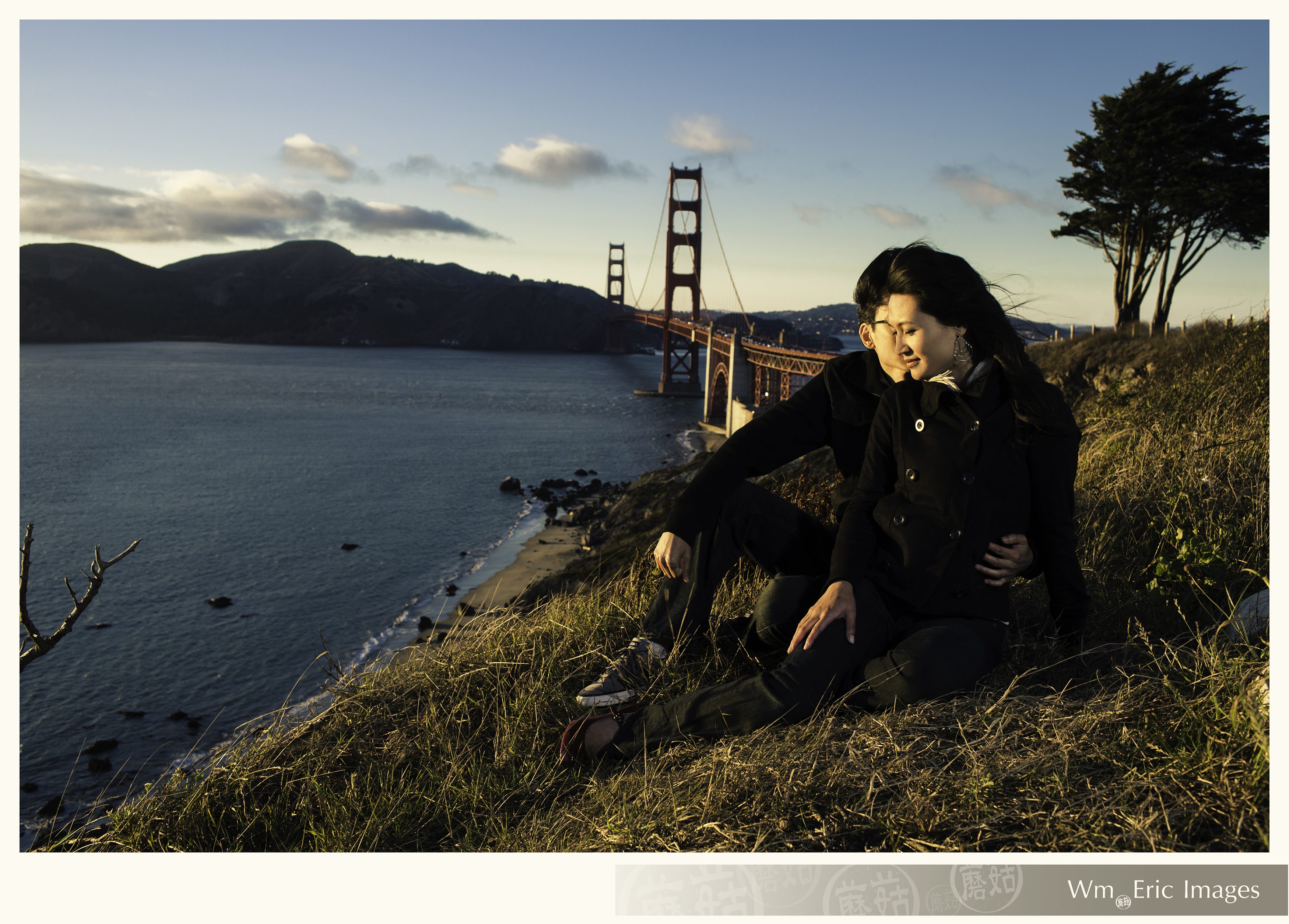 Just the other day I went out with Jennifer & Waldo to shoot their engagement session.  They decided that they wanted to shoot in San Franciscoso we selected a couple different locations and went about shooting.  They also had wanted a shot with the Golden Gate Bridge in the background.  They had a spot in mind but as it turned out it was a little less than idea for what we wanted, so with the sun quickly going down, they said, “Eric go ahead and pick a spot”  Yikes, no pressure!  So I took off driving.  I found us going right pas tBaker Beach.  My first thought was “We are running out of light maybe we should just pull in there.”  But I just felt like it would be nice to go somewhere else since Baker Beach is frequently used.  So we rolled the dice and kept going.  We eventually got to a spot and I asked Brian, my Associate, what he thought.  We concurred that there might be a good shot there so we pulled over and went walking in search of a good location.  We found this particular spot and I think it was worth looking for.  What do you all think?

Jen & Waldo were a lot of fun to shoot with, so stay tuned for the rest of their session.  To see full sized version of the entire image click the thumbnail below.